A revolution is bubbling under the veneer of traditional female beauty. Women are celebrating what their bodies can DO, rather than how they look. It’s easy to get sucked into the body comparison game – we’ve all had moments where we feel inadequate. But it doesn’t have to be that way. ‘Hockey butt’ – one of the many things that bonded us together as one during our ice hockey season year after year. It’s what we all gained from hours of grueling on- and off-ice drills. Our butts and thighs strained the seams of our ‘skinny’ jeans and made us curse at the mirror as we struggled to buy pants that would fit. We complained to each other plenty, but inside, we all secretly loved it. That big butt made us strong and fast and fierce. 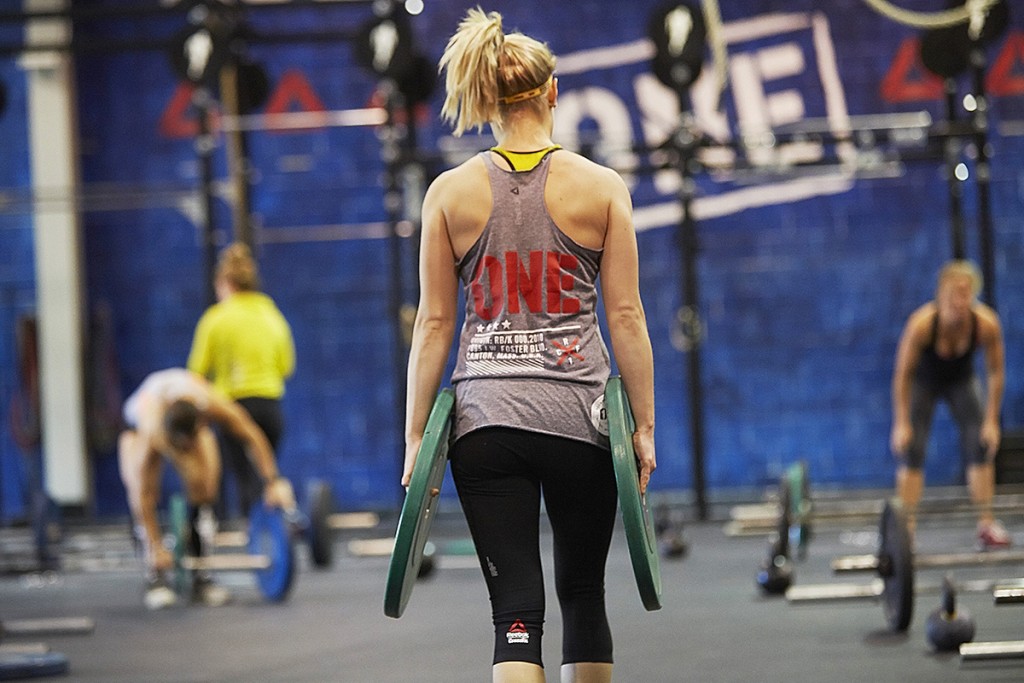 Of course, now ‘big butts’ are a desirable fashion trait, celebrated in the media and paraded down the red carpet by Barbie doll lookalikes. Silicone butt injections are a ‘thing’. Pop culture has taken our badge of honor for hard work and physical strength and made it into something that can be bought from plastic surgeons.

Women are unfairly comparing themselves to these cropped, filtered and retouched women – bemoaning every lump, bump, bulge and dimple on their own bodies. Not surprisingly, 1 in 8 women will suffer from anorexia, bulimia or another type of eating disorder – and it starts early. A study by a University of California professor found that nearly 80% of San Francisco fourth grade girls are watching their weight.*

The good thing is that the concept of traditional female beauty is beginning to show cracks.Women are increasingly speaking their own truth and letting their voices be heard.

They are bonding together and celebrating the beauty of what their bodies can do, rather than what they see in the mirror – or more importantly, how other people might categorize their outward appearance. But that doesn’t mean we have to toss our makeup in the trash or stop shaving. 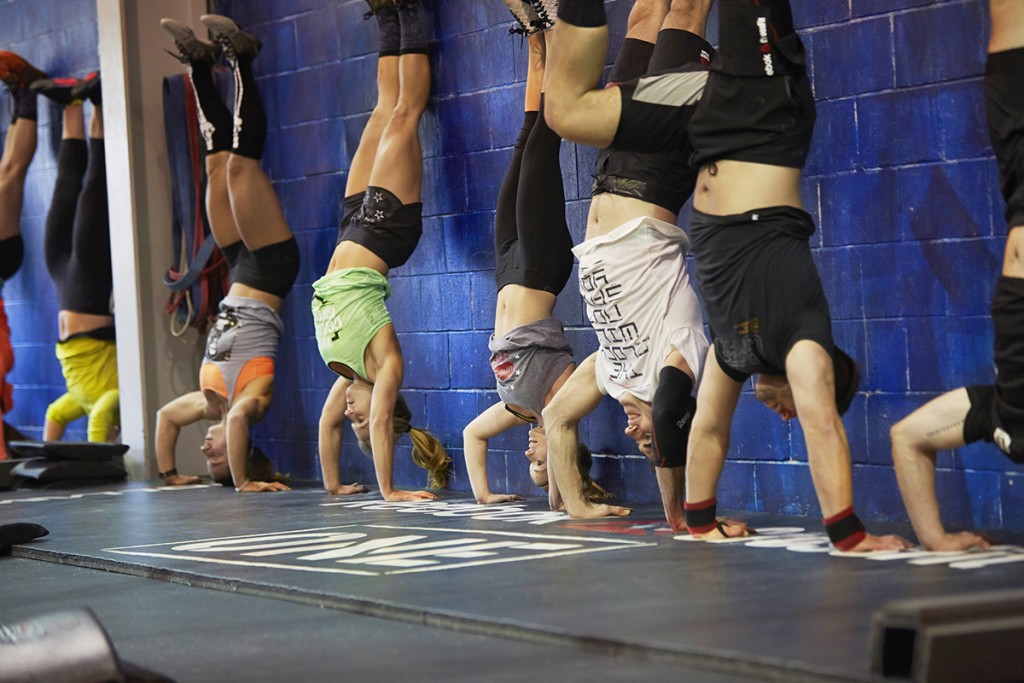 Every rep matters. So, kick ass EVERY time.
I recently heard an inspiring TED talk from Gayle Tzemach Lemmon, a journalist who spent two years with an all-female special ops team. In the process she came to an interesting revelation: “These women were both intense and feminine. They were tough as nails and sometimes painted their nails, they were happy to love CrossFit and cross-stitch. They embraced the ‘and’. … What I found shocked me, then shamed me. Because somehow even I, who had spent years writing about… women changing the world, somehow hadn’t expected these women to be funny or feminine.”

Lemmon spoke about Ashley White, a tiny blonde woman who sold makeup, loved cooking and loved to head out for miles on a long road march. The women she spoke of were humble, warm, vulnerable, and generous, but also fierce, intense and incredibly badass.

The commonality amongst these women and those around the globe who are embracing the tough fitness message is that their self-image is defined by what their bodies allow them to do, through the satisfaction and pride they experience in pushing their bodies and minds to achieve. If they still want to wear a little makeup – who says this makes them any less badass? They are far more complex than the retouched images that so many women try to emulate.

Let's make work life better through the power of sport.

‘GamePlan A’ is the first business lifestyle magazine fueled by sport.

“Women can be feminine, beautiful AND tough as hell. Through starting CrossFit as a Reebok employee, I’ve seen this mental shift in myself and in so many of my female colleagues.”

Each day at the Box, we sweat together alongside our male counterparts – doing the same workout. The coaches don’t doubt us for our small statures or pearl earrings. We aren’t shoved off in a corner and given three pound pink weights so that we don’t ‘bulk up’. We are challenged to push ourselves and, through this, we gain respect for our own bodies and for the women around us. Our male colleagues are just as supportive and this goes beyond the CrossFit Box. It makes a difference in how we work and interact with one another in the office. 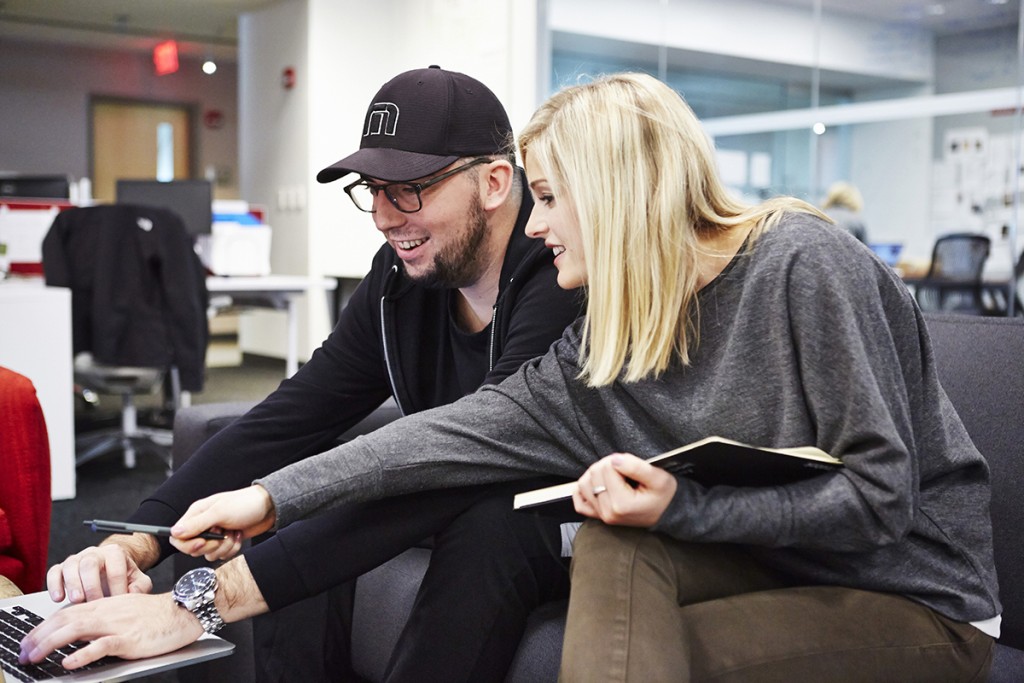 Confident in the CrossFit box as well as at work: Working out side by side makes a difference in the office, too.

“If we can do hand-stand pushups just as well as any man in the company, who says we can’t hold our own on stage next to top executives? That’s empowering.”

So all I can say is embrace your butt – whether it’s a hockey butt, or a CrossFit butt, it represents something far more than a body part or a sex symbol. It stands for confidence, beauty, and the hard work it takes to become the best version of yourself – in the office, at home, with friends, relationships, or in any other aspect of your life.

We are taking on challenges that many would call crazy. But it’s all for a purpose: to inspire people everywhere to be their best…physically, mentally and socially. We are the humans of Reebok.

CrossFit
CrossFit is a strength and conditioning programme with constantly varied, high-intensity, functional movement with the goal of improving fitness.

CrossFit
CrossFit is a strength and conditioning programme with constantly varied, high-intensity, functional movement with the goal of improving fitness.