What happens when you find the right mix of creativity, engineering and a 75-meter long nylon gillnet? Well if you’re adidas you create the first shoe made from ocean plastic! Here’s part two of the Group’s experience of expanding its collaborative network and being truly ‘Open Source’.

James Carnes (JC) is the Vice President Strategy at adidas and Alexander Taylor (AT) is an industrial designer who has his roots in furniture design. Here’s what happened when James opened the adidas door and Alex stepped inside. 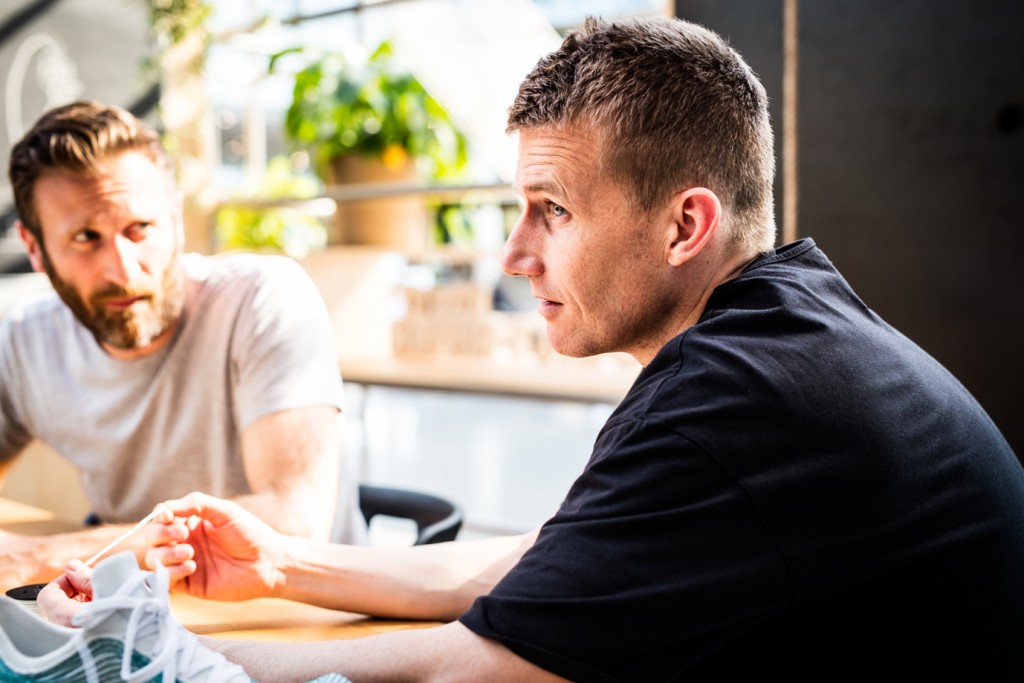 To create something entirely new, you have to look for people, materials and processes outside your familiar environment.

Last year at the United Nations adidas presented a shoe made from ocean plastic. Tell us about this shoe and how it all came together.

AT: Well, we experimented with knitting a lot to bring it to the next level and also experimented with new materials and production processes. This brought me to a small company in a town outside Stuttgart that was using the technique of fibre placement, which the machine manufacturer used in the construction of car seats and in creating technical carbon fibre parts for aeroplanes. No one had ever used it for shoe production, but I discovered it would open up completely new ways of designing, constructing and producing components. So, again, unexpected questions led to a new technique which hadn’t been used in the industry ever.

READ NEXT: JAMES AND ALEX ABOUT LETTING EXTERNAL IDEAS IN

JC: I remember Alex coming back from Stuttgart with a prototype, which was made of electrical wire as this was the only material available. The shoe looked like a strange bird’s nest, so we didn’t know whether it would look cool in the end, or even work properly.

“But when we showed it to our team, people went crazy. Pharrell Williams, with whom we had a meeting at that time, was relentless: ‘That’s really different and cool! That’s something I definitely want to work with.’” James Carnes, Vice President Strategy at adidas

And then, together with Parley for the Oceans, you turned this ‘bird’s nest’ into an actual shoe using gillnets from the ocean …

JC: Our partners from Parley for the Oceans told us about a 72-kilometre nylon gillnet that the environmentalist organisation Sea Shepherd had obtained from poachers in the Arctic Sea. They also knew the foremost green chemist in the US, who was capable of turning the net into large-scale fibres. So we quickly started working on this using the process Alex had been developing.

AT: It all happened extremely fast.

“Only through the support of our network of chemists, engineers, environmentalists and designers could we turn part of the net into a thread from which we were able to produce shoes within six days.” Alexander Taylor, Industrial Designer

Together with our partner Parley for the Oceans, we presented them at the United Nations headquarters in New York in June 2015. It was a joint effort where just everything fell into place. Of course, exploring new ways means failing from time to time – that’s just part of the process. But failure often makes things better, unless you allow yourself to give up. 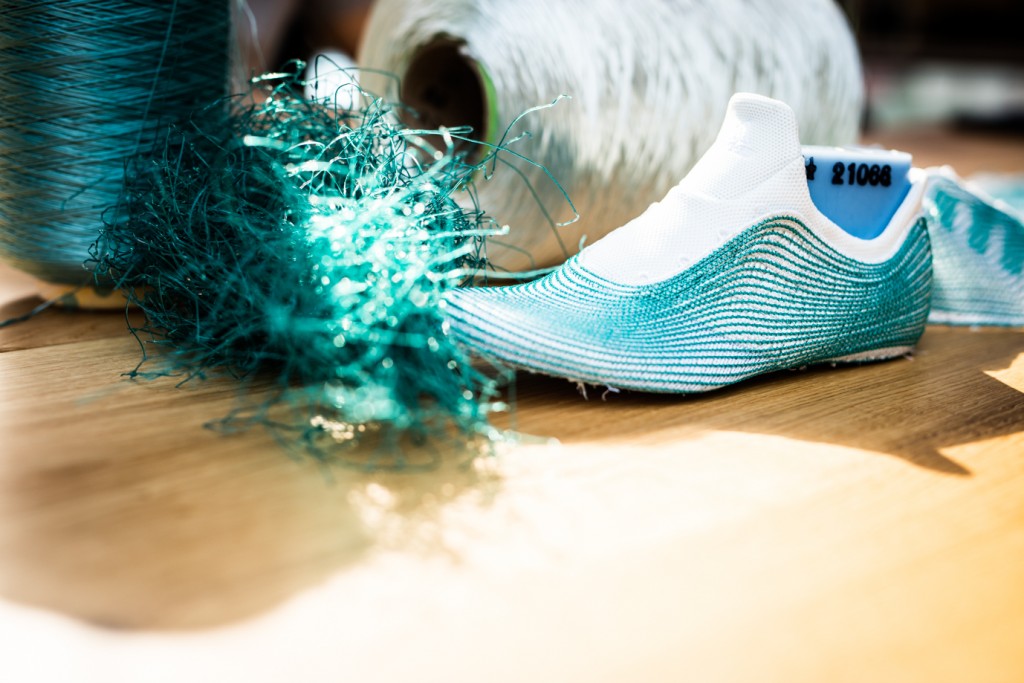 A shoe knitted from nylon gillnet from the Arctic Sea: a challenge to be solved by involving experts with different professional backgrounds.

What makes Open Source a strategic choice for the adidas Group today?

JC: We observe a growing desire from consumers to create their own identity. And we’re not talking about projecting or fabricating an identity, but about really believing in what they’re doing. There’s a large audience today that wants to be brought in and to be given tools to create something unique. Take the UltraBOOST, which we launched last year: People immediately posted online how to take pieces off to make it look simpler or how to paint the midsole – they were doing things that we hadn’t considered. It was great, and we wanted to bring them in, to make them part of our culture.

“The pace at which you can change things has accelerated immensely. People nowadays have this ‘can-do attitude’, which wasn’t even bubbling ten years ago. But now it has just exploded.”  Alexander Taylor, Industrial Designer

Is there a can-do attitude in your company or team? We’d love hear about your collaboration and some unexpected results.

Try again
by Jenny Netten 06.04.2016
Januari 2015 I start in The Nederlands Port of Rotterdam the parley for the ocean movement . 20 November 2015 the Netherlands American Foudation invite us to present our product Summer/winter Flyrd at the Peter Stuyvesant Ball in New York . It is a multifunctional product for women to ware ,It is recycled from out a microfibre towel . I whant to innovate with this product and cance the acrylic yarn to bioYarn . At this present I'm in a competition ,and nominate RET Aardig Onderweg Award . to pitch the parley for the ocean sustainability ! Is the a posebbility to collaborate with Adidas Holland the are sponsor of Feyenoord a football club in Rotterdam .
Reply
by Nina Weihrauch (Moderator) 07.04.2016
Hi Jenny,

thanks for sharing your story.

It's great to hear that you care about the environment we live in.

Please send us an email via the blog's contact form (blog.adidas-group.com/contact/) to get in touch with us regarding your question about a collaboration with adidas.


Reply
by Nadine 10.04.2016
Turning environmental pollution into consumer goods is such an amazing initiative! I really hope to see this on a much larger scale in the future.
Reply
by natascha 19.04.2016
I love this idea of knitted shoes, especially as knitting is my passion. I know ADIDAS has a lot of knitted shoes nowadays but using the idea of recycling and upcycling is something really new in this field. I also do like the color and the "wave" shape of the stitched fibre. Will there be a collection of this kind of shoes? They seem to be ideal for sport or casual day outfit.
Reply
by Danny Hock 12.01.2019
It's great to hear that you care about the environment we live in.