Would you let an outsider inside your business? Hand over tools and talent to an external and just see what happens? Do you have the right company culture to be brave enough to take such a leap? Read part one of the adidas Group’s experience of ‘Open Source’. It is changing how we create!

James Carnes (JC) is the Vice President Strategy at adidas and Alexander Taylor (AT) is an industrial designer who has his roots in furniture design. Here’s what happened when James opened the adidas door and Alex stepped inside. 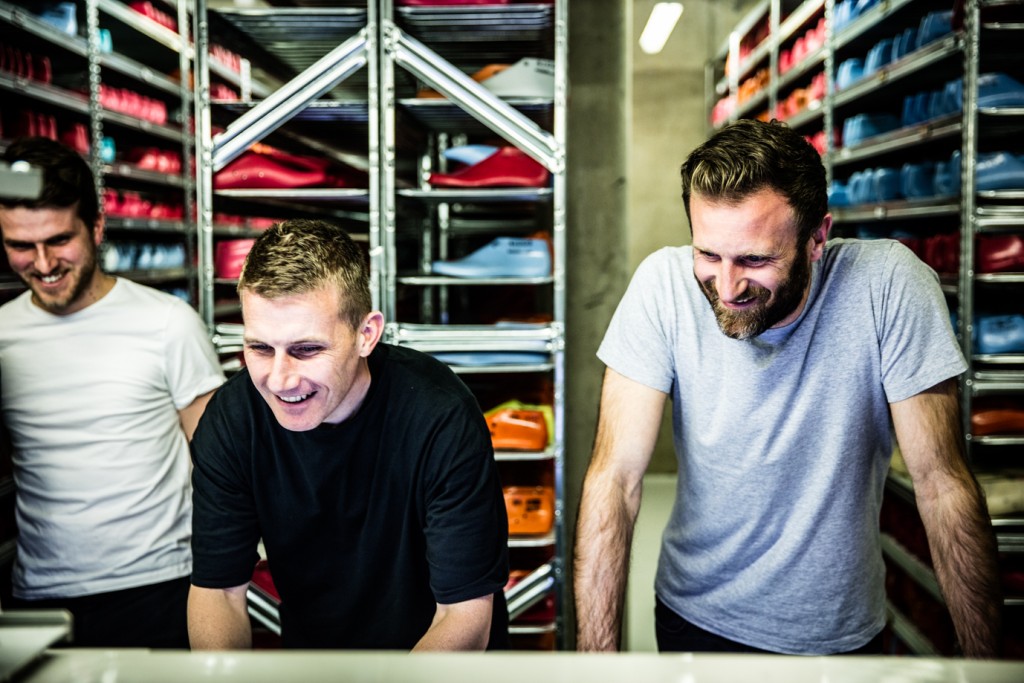 Going on a journey without a clearly defined and controlled goal unleashes the real power of collaboration.

Originally, the term Open Source was coined in the software industry. What made you capture it for adidas’ design work?

JC: 99% of what most companies call collaboration today is sort of planned out and controlled. It starts with the number one question: What exactly will we get in the end? Our approach is different. For us, Open Source is more of a journey, where no one knows exactly where it ends and a maximum of freedom is granted to people’s creativity. That’s exactly what we are looking for: going beyond traditional collaboration, trying something unconventional and going into the unknown.

Why do you take that risk?

JC: Because we know that if you approach projects in an open, risky, uncertain way and don’t try to control everything upfront, you get something unprecedented – something which creates extra value for the consumer, something that didn’t exist before. This is how innovation is born.

“It’s quite simple: turn over tools to work with, open free spaces for collaboration and bring in new perspectives from athletes, consumers and partners, and you’ll almost automatically get different results.” James Carnes, Vice President Strategy at adidas

Our idea of Open Source is to create a spark first – and then co-create and collaborate with the right partners to turn it into a product and production process. 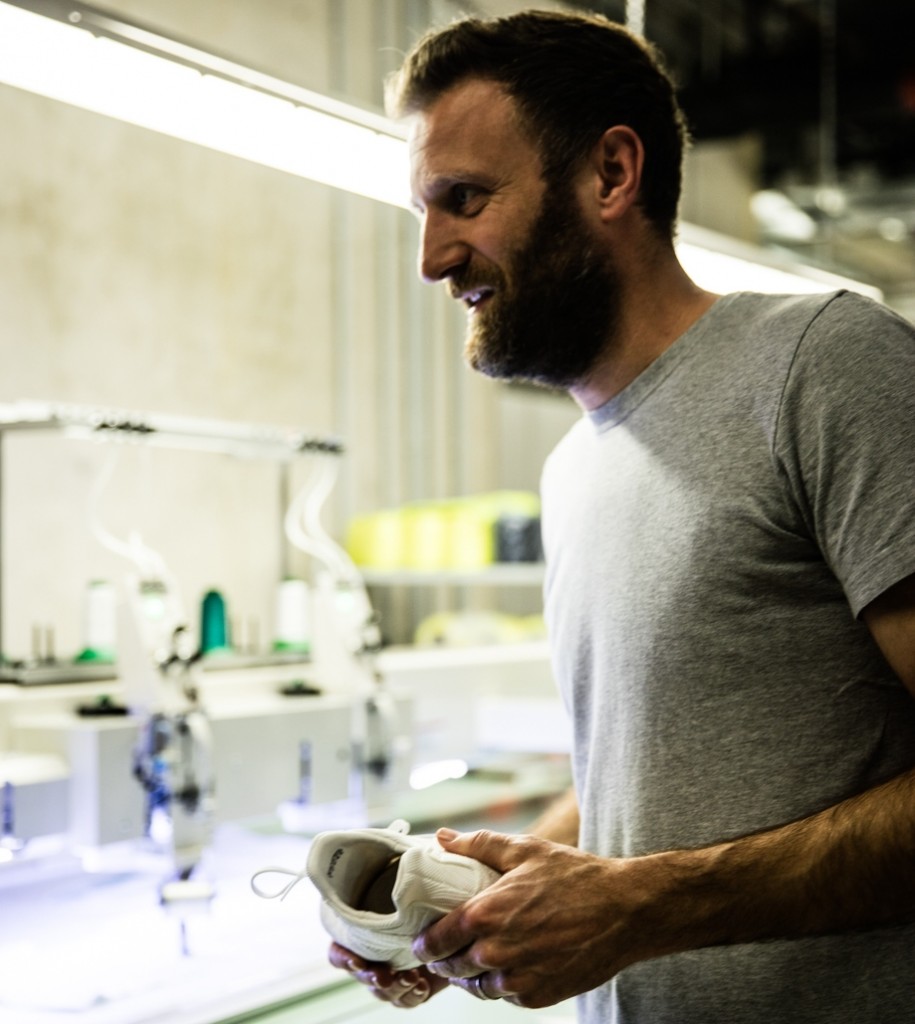 Alex is not interested in just designing a new pair of shoes, but in changing the entire industry.

Alex, you are one of those right partners, what attracted you as an experienced designer to this unconventional form of collaboration?

AT: A few years back, James invited me to work with adidas. With my background in industrial and furniture design I like to work on something that is much bigger than just a shoe design. We started an exploration together and we didn’t know where it might take us, but we were quite sure we would come back with new ideas that might change the industry. And so we did.

JC: Alex tends to explore on the very outskirts of design as well as innovative materials and come back with ideas we could never have thought of. What we discovered together, in one of our first projects, was not totally unheard of. In fact, it was the well-known technology of knitting, which has been used for ages in garments but was completely new to the footwear industry when we introduced it in 2012 for the Olympic Games in London. It was probably the steepest learning curve we have ever experienced. But look where it took us: This year, we’ll already be one of the biggest knitted footwear suppliers in the industry.

“So with an open approach you can get much further than you’d come with a well-defined target corridor – that was our key take-away and learning back then.” James Carnes, Vice President Strategy at adidas

And this is also what helped us achieve our latest little stroke of genius last year, when we succeeded in producing our first shoe made from ocean plastic …

Join us tomorrow for part two of this interview with James Carnes and Alexander Taylor.

Try again
by Nadine 09.04.2016
It's amazing to see such a big corporation choose unconventional ways of collaboration and take risks without relying on doing things the way they've "always been done". Those who challenge the status quo and look beyond their small comfort zones are the ones who create breakthrough innovations.
Reply
by Natascha 19.04.2016
Really interesting article. Wow, taking different steps and considering new ideas is very important, I think for every company. Especially as today everything is changing faster and faster this idea of "design thinking" combined with knowledge of materials and design in another sector sounds great. I constantly follow the ADIDAS innvoations and I do like their products very much. This new inspiration will surely create new style products like the tubular shoe.
Reply
by XXX 25.04.2016
Truly fascinating article. Stunning, making distinctive strides and considering new thoughts is critical, I think for each organization. Particularly as today everything is changing quicker and speedier this thought of "configuration considering" joined with information of materials and outline in another segment sounds extraordinary. I always take after the ADIDAS innvoations and I do like their items in particular. This new motivation will most likely make new style items like the tubular shoe.
Reply
by arjun bhai 27.07.2018
Hi there this is very awesome article for us. keep it up with more amazing ideas and works.
http://freeprostuff.com/free-paypal-money-adder-generator/
http://tipsnways.com/paypal-money-adder-generator-working/
http://freemoneytech.com/paypal-money-adder-online/
many thanks.
Reply