What would you think if you were driving at full speed and someone asked you to hand over control to a stranger who is much younger than you and has no experience in the business? Sounds pretty scary, doesn’t it?

But that’s exactly what we at adidas neo did to create a photo shoot for our latest social marketing campaign.

We handed over the reins to our neo lovers, giving them complete power to control, participate and call the shots every step of the way for the launch of our new collection.

Here are the key ingredients for a killer social marketing campaign!

A cup of spotlight and fame

That’s right, a chance for fame! We’ve all dreamt about it, and guess what? Years on, that glimmering beam of hope that one day you could be famous is STILL a big desire for everyone, especially our social savvy teens! First up, we needed to find the models. Using Instagram to engage teens, we invited adidas neo’s followers to post pictures of themselves using #myneoshoot for the chance to star in the photo shoot. Over 12,000 entries were submitted, with a lucky six from the US, Germany and France beating the competition to become adidas neo models. 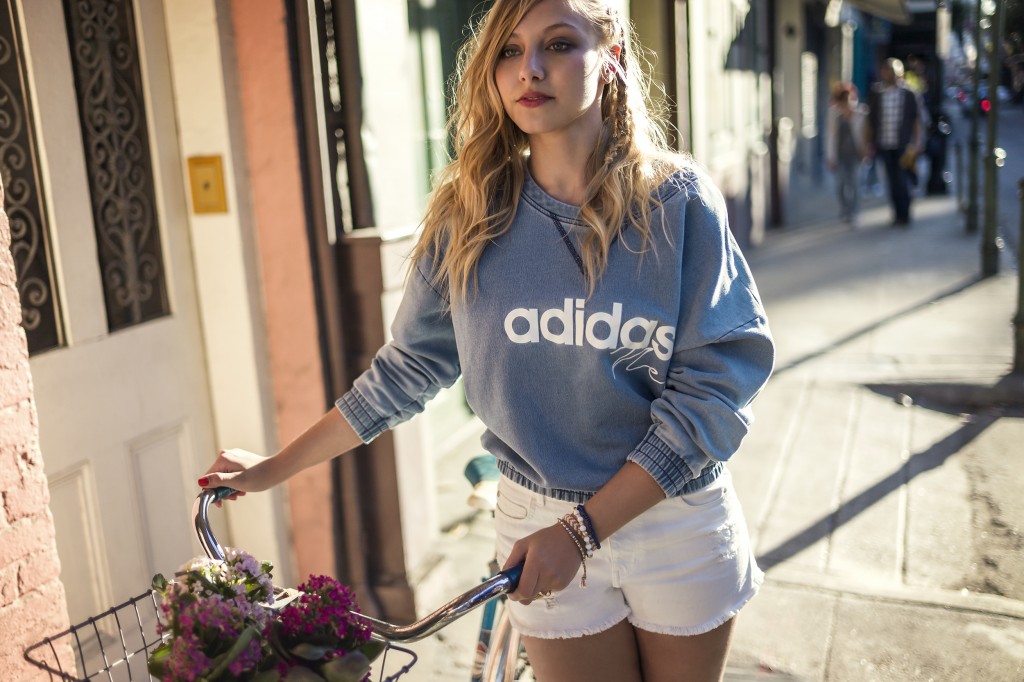 Everything works better when we work together as a team right?! We also wanted to ensure that the wider neo community could still feel like they were part of the photo shoot, wherever they were in the world. With this in mind, we handed over creative control of the shoot to the neo lovers, asking them to vote on every element from hairstyles to outfit selections and props.

Hosting the options on Instagram, neo lovers voted on key decisions using hashtags in the comments over a period of 16 days. Finally, the #myneoshoot hashtag had more than 71,000 mentions. Ultimately their votes curated the final look of the photo shoot!

Mix together people who really shape your brand

After almost 11,000 votes, the decisions were brought to life by a carefully sourced team of six influencers.

They all had differing skills and interests, but all shared the same excitement and passion that embodies the adidas neo brand.

These influencers took on various roles on the shoot set, from photographer and videographer, right through to make up artist and hair stylist.

Not only did they take complete control of producing the shoot and fulfilling the community decisions, but these influencers also spread the word of the campaign to their own community networks. They reported the results back to their followers and this, along with the live reporting from set using Snapchat, Boomerang, Instagram, Twitter and Facebook enabled us to reach a huge audience, with 41,700 new Instagram followers alone.

Having engaged the teen community from the start and given them complete control, the resulting shoot imagery is something truly authentic, new and most importantly, reflective of the neo lovers’ style and individuality. .

Allowing them tell their own stories and offering them a stage gave our social marketing campaign a bit of extra spice. This is a great example of how to turn our consumers into brand ambassadors!

Boosting creativity through collaboration and learning about marketing from the next generation was not supposed to be a one-time experience, but it’s the way how we at adidas neo want to create the future with you.

Are you in for another course?

Try again
by aman 22.01.2016
awesome work. Taking consumers and engagement at a new level. Expensive photoshoots with models can be limited as well as provide more traction to consumers to be part of adidas ecosystem. Way to go and learn for other BU's and other marketing brains too:)
Reply
by Normita 29.01.2016
Super cool! I love the out of the box thinking of NEO and engaging more with our consumers and looking at what our consumers really want from NEO. Love it!
Reply
by sohbet 01.03.2016
adidas group! Thanks for sharing good a blog!
Reply
by Alberto Sanjaya 30.06.2017
the YouTube video is unavailable. Could you please share the link to the video?
Reply
by Luis e. Hoquee 30.06.2017
how about a little touch of decoration? In the same line of sharing control of the campaign to the neos and be collaborative, give the other thousand participants that didn't win the chance to become a neo's model or influencer, the opportunnity of making a "alternative ending" sharing it through their own influence circles. That would ad extra reach, susteinability to the campaign, the chance dig deeper into the subtargets and not leting the haters take over of such a great initiative... #combo!
Reply