Isn’t it great to get feedback? Especially when it’s positive. So, what’s wrong with being criticised? We often react in a defiant way, or we refuse to accept it – missing the point. When we give feedback we may not have the courage to address the critical points. Or we become personal – again missing the point.

I train yoga instructors, provide support for training courses and am a student myself in teacher training classes. I am therefore familiar with both sides of the coin. It is only over the course of time that I have seen how yoga and meditation have helped me to accept and to give criticism.

Namasté – this is how many yoga classes begin and end. You put the palms of your hands together in front of your heart, possibly take a bow as well, and then say “Namasté”. The word can be translated as follows: “The light in me recognises the light in you”. It is a sign of peace, respect and mutual esteem. It also offers a sense of security: “I intend you no harm”. Away from the yoga mat the sentiment is just as apt, but actually using it in everyday life is much harder to do. After all, if somebody criticises us, isn’t it a sort of attack? 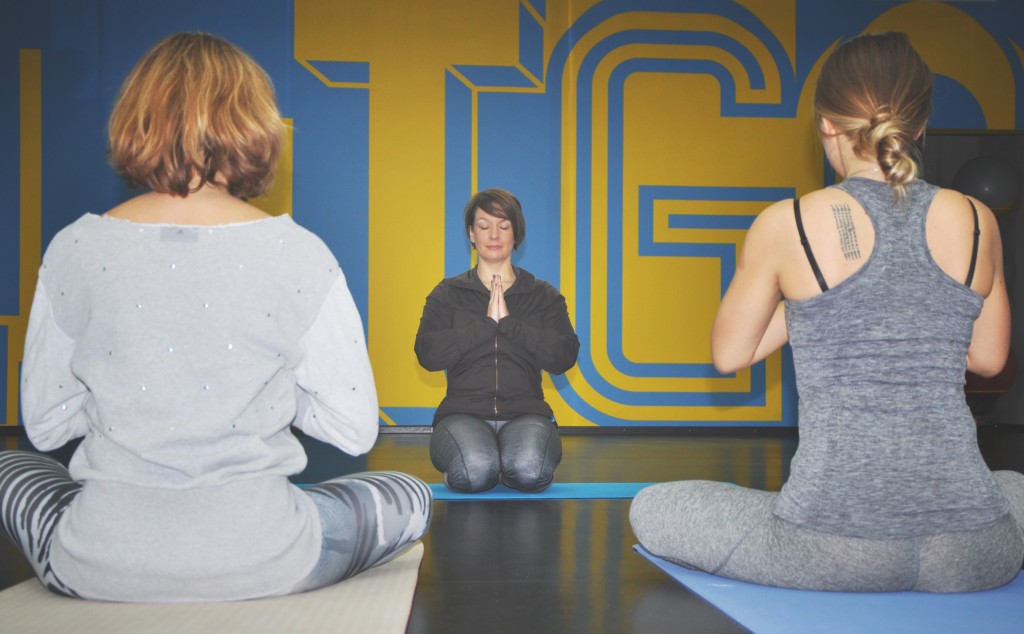 Rooted in Hindu customs, “Namasté” is a salutation and a sign of goodwill.

I see it in our yoga instructor training: there comes a time when the prospective teachers have to prepare their first classes. These are then presented to the group and discussed. The trainee teachers have put their heart and soul into the exercise, so it really matters to them. Yoga is something intensely personal for them. Then comes the feedback: “You could have incorporated this and this rather than this, that and the other. I find that a difficult transition.” A simple sentence which can lead to tears, defiance and doubt. Why?

Because there is one really important rule that applies to personal development. And that is: don’t take it personally. But if I have spent hours preparing something and then an area of my work that I found particularly pleasing comes in for criticism, it’s very hard not to take it personally. Why?

Because I’m unsure of myself and I want other people to give me assurance through praise, approval and enthusiasm. Even when explicit comments are made to the effect that much of the presentation was really good, and just one or two things could be improved, all I hear is the negative criticism. I soak up the negative comments as if through a magnifying glass. Why? 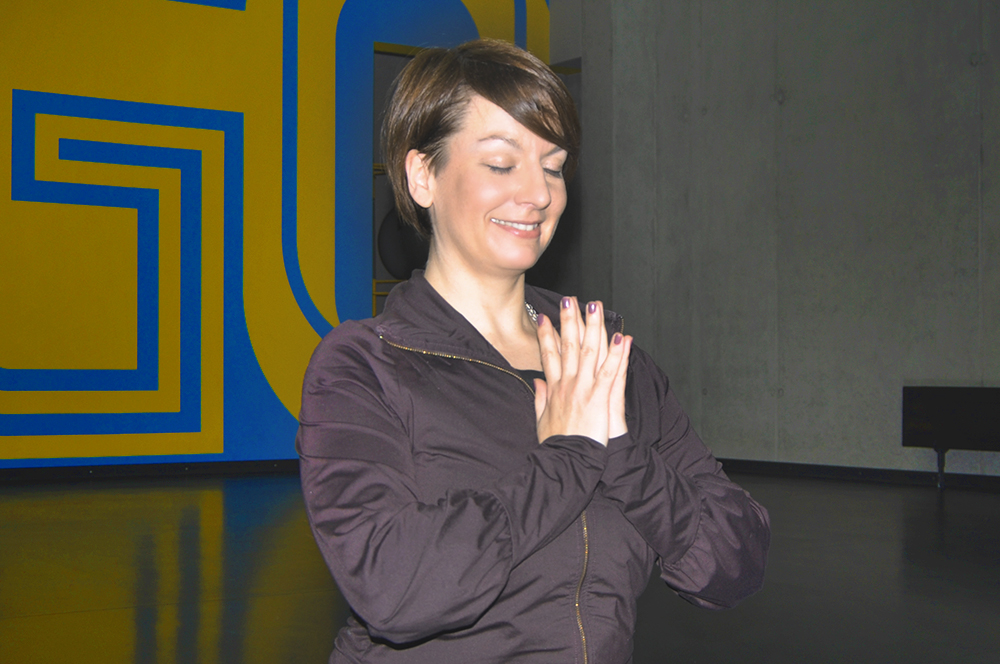 To differentiate between honest feedback and a personal attack is a challenge all of us often have to face.

No excuses – let it sink in

Because far too many people are not confident enough to accept it. Their facial expressions often tell a different story from their spoken response to the feedback. They often come up with the following replies: “It’s only like that because my cat was ill yesterday and I didn’t have time to go over it again.”

One of my main teachers once said to me: “Stop constantly making excuses for yourself. Just take on board the feedback, even if you feel that I’m wrong. And then just let it sink in.” That was one of the best tips that I’ve ever had on the matter.

Having your feet firmly on the ground

What has yoga got to do with the issue? Plenty. Yoga in its physical form teaches you that you don’t have to compare yourself, and that in fact you can’t compare yourself. If I have been playing football for 15 years, how can I compare my flexibility to that of the Yogini on the mat next to me who has been doing ballet for 20 years? She may be equally frustrated when it comes to strength and weight-bearing exercises. When I’m practising yoga, I concentrate on myself. The concept of “I make a mistake and I’m not good enough” simply doesn’t exist in yoga. 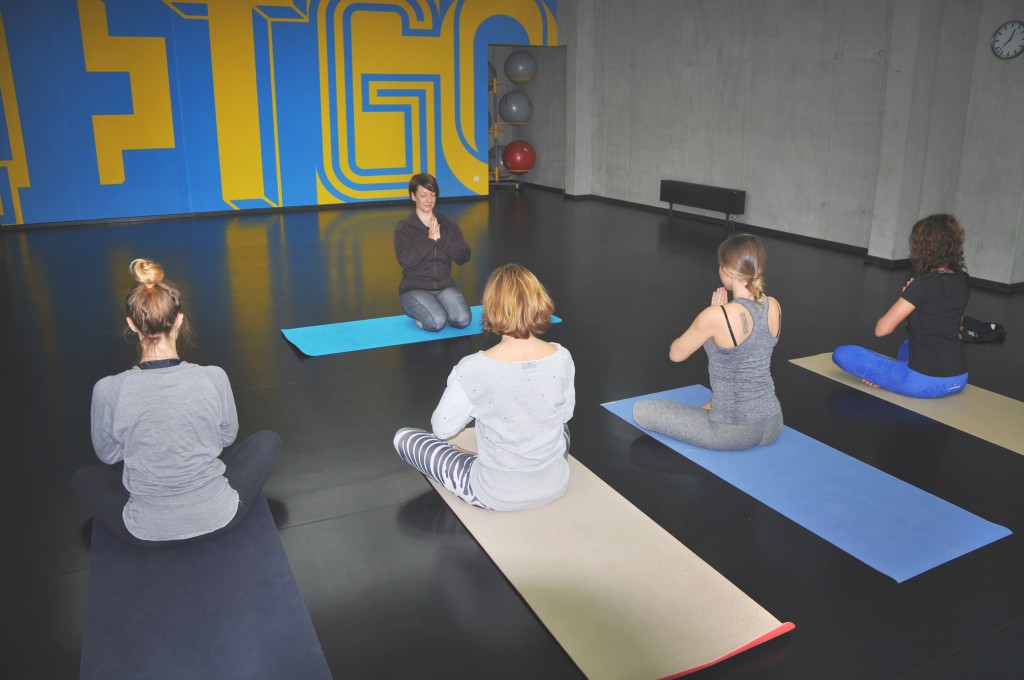 Only when you are at peace with yourself you will be able to provide valuable feedback to others.

The same is true of meditation: sitting and listening to yourself seems like a restful thing to do (and is sold as such), but it can actually be quite uncomfortable. Long-held beliefs make their way to the surface: “I was never able to do this or that very well.” or “I would like to be so and so.”

Finding inner calm and making peace with yourself is a really big step, which has to start from within. Then it can start spreading to everyone around you.

After all, why should I get all worked up if someone criticises my work? In my innermost self I am untouchable. A clear statement of all meditative traditions. Then I find myself standing on such firm ground that I don’t take feedback personally. Instead, I take a constructive approach to it – or simply ignore it.

Naturally the person giving feedback also has motives – and should be totally aware of them. What do I really want to say? Is it about the matter in question or is it just a welcome opportunity to carve out territory? If that’s the case, nothing can come of it, as such feedback is too personally motivated.

If you are in the role of providing feedback, you also need the clear, open spirit that yoga and meditation convey so well. Even if a team member “messes up” a task, that’s not a personal attack on the supervisor.

The fact remains: don’t take it personally, and don’t mean it personally – that’s the key to good feedback. The way to get there is to know yourself.