In 2005, we started to establish from scratch what was to become Russia’s undisputed number 1 website for sports news. Without having any specific education or work experience, I was responsible for the content of the website. Today I know: I had more important things to offer. Here’s what this journey taught me.

Telling a story of success always bears the temptation to add some pomposity. However, the beginning of such stories usually doesn’t feel very glorious. My story started back in 2005, when three enthusiasts established a new digital sports platform named championat.ru . We basically just wanted to create an online media site which would satisfy our own information hunger. But soon we aimed for more: create the best sports media platform in Russia.
Don’t think I was free of doubts on the way to becoming the head of the editorial staff of about one hundred people.

I was young, wasn’t a journalist and had to learn all the important things about building such a digital platform along the way. But I was still ready to take a risk and dream big.

Better understanding of the new consumer

We had one key advantage over our competitors in the established media industry: The project was managed by young men who had a better understanding of the needs and requirements of other young sports fans.
We realized for example that the new generation wanted to consume sports information on the Internet and later on mobile (it wasn’t as basic back then as it seems today). We understood it faster than traditional newspapers. The content strategy of the website was built on the personal understanding of the needs of young fans; because we were young sports enthusiasts ourselves.
So instead of focusing on the elephant in the room (“we don’t know how media companies work”), we trusted our own experiences and what we knew about the generation we were part of. To us, what was so foreign to a lot of people in the media business just seemed like common sense.

“The advice I’d give to young entrepreneurial minds with a good idea is to take advantage of your natural knowledge about the world you live in. Trust yourself – it’s a lot about common sense.”

… And then get creative with translating your lead in knowledge into meaningful actions.

The ability to translate your lead in knowledge into meaningful actions

When we built our business, we questioned a lot of established principles, had the courage to do things differently but also tried to mix all of this with traditional approaches.

On the one side we put enormous efforts into carefully establishing and managing a very traditional statistics database; on the other side we tried to entertain the audience with unusual formats of stories. Six or seven years ago stories like ‘Best 10 moments of the World Cup finals’ or ‘10 NBA players who are collecting luxury cars’ just emerged and we were one of the first media which started to use these formats.

Never rest on your laurels

However, this is a fast-changing world. And just because you identified and leveraged one trend, it doesn’t mean you’ll also do so with the next one.

It’s your own responsibility to always stay curious and never rest on your laurels. 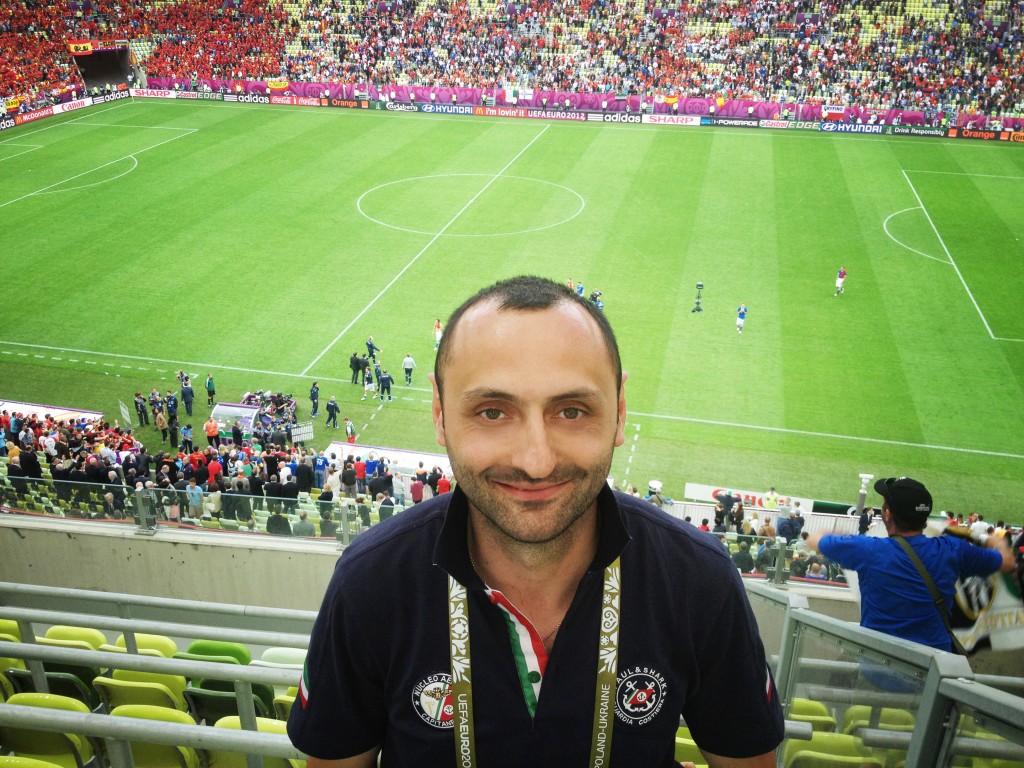 Own the pitch – how is up to you!
In 2014, we finally realized for example that another phase of development of digital media was needed. Nowadays, volumes of information are so large that the reader isn’t able to consume all data provided by sports media. That’s why we started to explore opportunities for creating customized landing pages where each user would find the information which is most relevant for himself.

But I didn’t even start working on this task because, in June 2014, adidas knocked at my door; they asked me to establish the brand’s Newsroom in Moscow. When I started my journey with championat.ru, I didn’t know much about being an editor … and then, a couple of years later, the beloved 3-Stripes suddenly give me the unimaginable (and ambitious) opportunity to build and head up their Moscow Newsroom.

“This all came to me because I trusted myself, took some risks as well as responsibility for my actions and got creative in questioning the status quo. It seems to be a powerful formula.”

I’ll use it for my new job at adidas, too.

What’s your recipe for making a difference?