“just setting up my twttr.”

That’s how it all started, back in 2006, with that first tweet by Twitter co-founder Jack Dorsey. At that time, no one knew that this short-form social network would grow to the worldwide community and multi-million dollar company that it is today. Lucky for your business, Twitter has become a lot more valuable than simply sharing real-time updates about what you’re doing at any given moment. Assuming you’ve already chosen a thoughtful strategy for Twitter that achieves your business objectives, here is what you need to know about this social platform to make sure you’re successful.

Duh! But this is a factor that has to be considered (both for its positive and negative attributes) before jumping into the world of Twitter. Its real-time nature is what makes Twitter so great! You can have conversations in real-time with anyone around the world. You can get instant feedback on anything you publish. You can join the broader public conversation at a moment’s notice. But it also means that you need to have a plan and resources available to respond when people tweet at you. You need to have a crisis management plan to enact just in case you or your employees make a very public blunder that ‘goes viral’ in all the wrong ways. 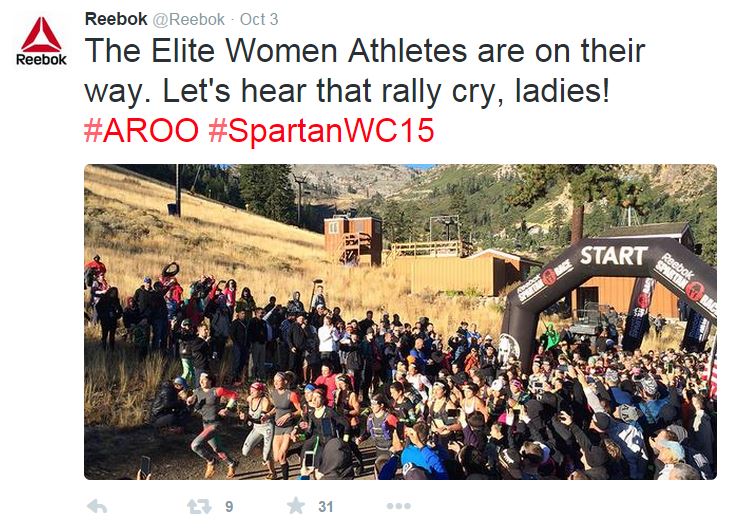 Twitter allows you to capture live moments for your community. At Reebok, we use Twitter to provide an insider’s look at events that matter most to our ‘FitGen’ followers.

Twitter is all about speed. It’s very transient in nature, which makes it fun and exciting, but also means your message can easily get lost or overlooked.

Just because you have 1,000 followers doesn’t mean that 1,000 people are going to see every message you put out there.

In reality, it’s likely that only 13% (or less) of those followers will organically see a tweet that you put out. This, of course, changes when you create something that gets shared extensively or when you put money behind a tweet (more on that later). It’s not that Twitter restricts who will see your tweets (like Facebook does), it’s just that there are 350,000 tweets sent every minute, so it can be a very crowded space. But if you’ve got an engaged audience and good content, the speed of the platform can be advantageous, not detrimental.

#3: It Has Fantastic Paid Options

Before you skip this section because you say you have no budget to spend on social media, stick with me here. One of the amazing things about Twitter is that it knows so much about its users (almost as much as Facebook). What does that mean for you? It means you can really leverage that important marketing tactic of getting the right message, at the right time, to the right person. If you have a message that is important to your business that you want to get in front of CrossFit athletes, Twitter can give you that opportunity fairly inexpensively. Only want those CrossFit athletes who eat Paleo? No problem. How about only female CrossFit athletes who eat Paleo and live in Des Moines, Iowa? Done. Twitter can find those people, serve them your message (whether they follow you or not), and do it cheaply. Or even better, they can get those people to follow you so you can continue to interact with them. Pretty great, huh?

A tweet is a message of 140 characters or less, blah, blah, blah. The days of Twitter just being full of text-based tweets are over!

Twitter has built itself into a rich media experience, allowing users (and businesses) to interact on a much deeper level.

The term ‘Twitter Card’ refers to those tweets that include more than just text, and they’re generally easy to use. Simply upload a picture or video and it will be displayed in the tweet, so users can view it without leaving the Twitter stream. Beyond that, if you link to a website that has Twitter card info enabled (or you enable it on your website), Twitter will pull in the title, first few lines of text, and a picture from the page, giving users a preview of what they’ll find at the link. Finally, you can work with Twitter or third party vendors to create custom Twitter cards to do things like capture email addresses or elicit survey responses directly in the tweet. All these ways just make it easier for users to consume and interact with your content.

See also: How to leverage Instagram to optimize success for your business

What makes Twitter revolutionary is that it truly is a global community. You can connect with people all over the world, instantly! But if your store is in Bozeman, Montana, it may not actually be all that valuable to have an in-depth conversation 140 characters at a time with a CrossFit athlete who lives in Oslo, Norway. Not to say you can’t create an engaged, hyper-local community on Twitter, you absolutely can! You just need to build your audience that way if that’s what’s important to you. 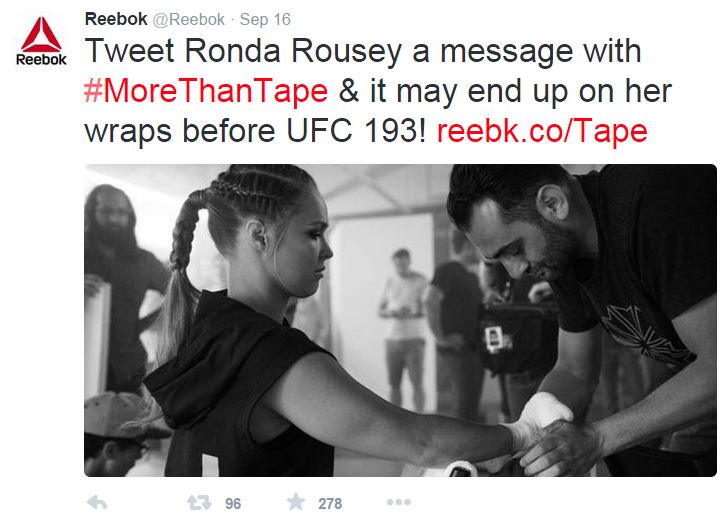 Create high quality content to engage your audience. We asked fans to write an inspirational message for Ronda Rousey’s tape for her next battle. She was moved to tears by the tape and thousands of powerful words of encouragement.

I could go on and on about Twitter and the ways you can approach the platform as a way to connect with consumers, but this short list should give you some things to think about as you set up your Twitter program, or look to make the most of what you’ve already got going on in the Twittersphere.

I can’t wait to see what you come up with – tweet us at @adidasGroupBlog and @benunh!

You could likewise highlight different organizations that are on Twitter. Do a twitter inquiry of these organizations and examine how they do their advertising on twitter.